Hashtags have become a vital element of social media communication. Almost 75% of people on social media use hashtags, but every network has its own rules. Some networks don’t even have them at all. Each social media platform has a unique way of using hashtags to categorize content and display posts under a certain tag. So how can you make the most of your hashtags with minimum effort?

Learn all you need to know how to automatically add hashtags to social media posts.

By the use of relevant keywords as hashtags, you can categorize your content for popular search terms. Once you add a hashtag to your posts, image, or video, the social network will index it, making it searchable for users. Hashtags make your tweets visible to anyone interested in your topic. The networks clutter posts with matching hashtags. This makes your messages more likely to be seen.

Twitter was the first network to introduce hashtags to help users find and join conversion around a specific topic and to quickly find relevant content within the masses of news, images, and videos uploaded each day and to connect with people of similar interests. Facebook, Google+, Instagram, Pinterest, and even LinkedIn have since followed this trend, making hashtags undeniably the most popular way of filtering and categorizing content on the social web.

By adding hashtags to your social media posts you can directly address followers interested in your topics and focus on specific target groups. Using hashtags will generally help you to increase the visibility, reach, and engagement of your social media posts. In fact, tweets with hashtags receive 55% more retweets than tweets without hashtags.
Additionally, hashtags are a great instrument to discover interesting news of your industry, find inspiration for new blog posts, and timely articles for your content curation. Using hashtags also helps you to get in touch with influencers, potential business partners, or customers with common interests.

How to use hashtags?

While many people use hashtags on Twitter, Instagram, and Co., most users don’t know how to apply hashtags correctly to make the most of them. You should avoid using too many or irrelevant hashtags as it can have a negative influence on the performance of your posts and even ruin your reputation.
If you are aiming at promoting your business, spammy and annoying posts are not what you want your brand’s name to be associated with. To make sure that your efforts pay out, let’s take a look at some unspoken rules of using Hashtags on social media.

How to automatically add hashtags to social media posts with Blog2Social?

Each social network is different. While it’s common to use up to 30 hashtags on Instagram, Tweets should only contain up to four hashtags but generally, show the best performance with two hashtags only. Other networks do not use hashtags at all.

The Social Media Automation Tool Blog2Social takes helps you to create tailored social media posts for each of your social media accounts. The tool automatically adds hashtags only to those networks that support hashtags and where they help your posts’ performance. To help you create the best hashtags for your posts, Blog2Social automatically turns your blog posts tags into hashtags. In order to create valid hashtags out of tags, the tool automatically erases all spaces and punctuation. By default, these hashtags will be pre-filled at the end of the comment of each social media post. You can check and edit each comment and hashtag according to your preferences. 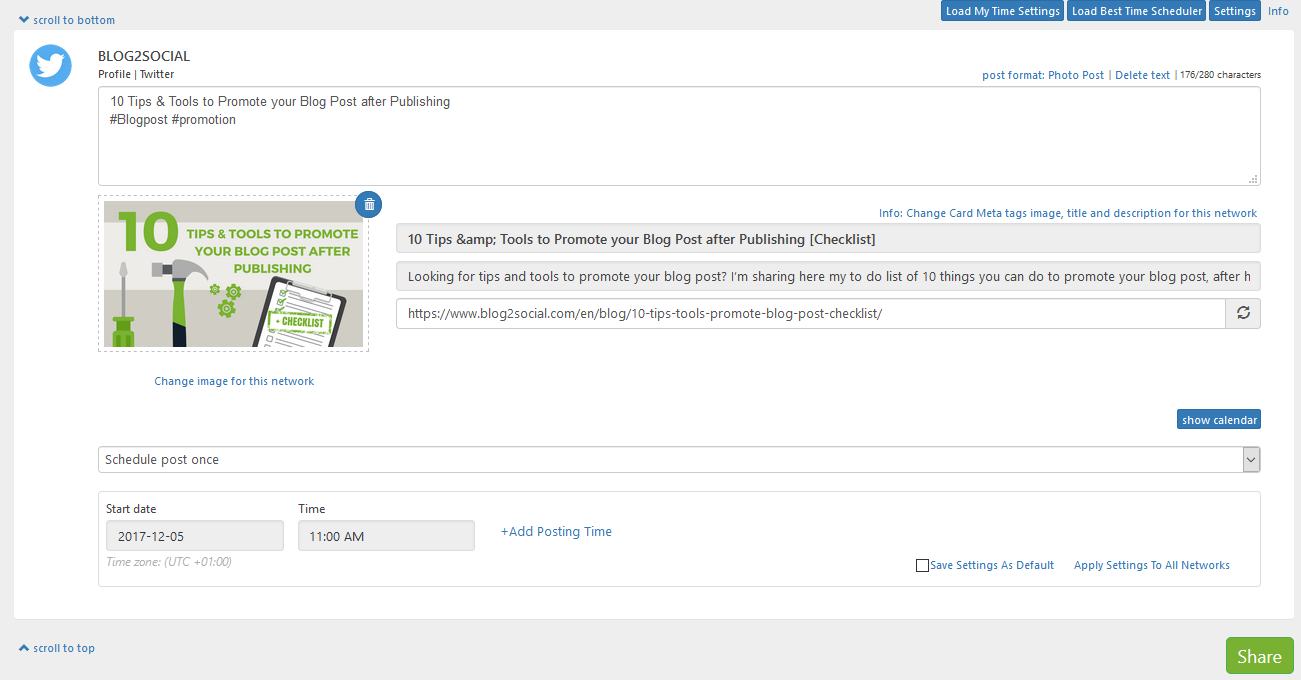 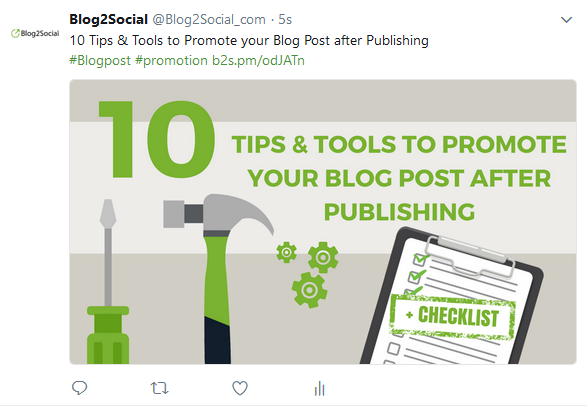 By automatically generating and adding hashtags them Blog2Social helps you to save time for one more routine step in your social media marketing to create better-performing posts.

Free and Smart license users have this option enabled by default in their network-templates to set the tags from WordPress posts automatically. Users that were using Blog2social Free and Smart licenses on previous Blog2Social versions still have the option to keep their keyword configuration like it was configured before the Blog2Social version 6.5.0.